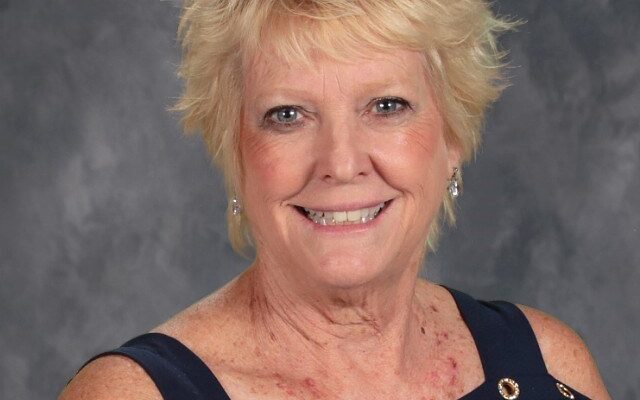 A Salute to Mrs. Rhoades

Earlier this year, we had to say goodbye to one of our most treasured friends and colleagues, as she headed off to a well-earned retirement after an amazing 32 years of service.

Janise Rhoades had been a fixture in our main office since 1997. Every student, teacher, staff member and frequent visitor quickly came to know and enjoy her. The smile with which she greeted everyone was her trademark — a comforting constant that we all relied upon, especially during our difficult days.

Prior to joining Randolph Academy, Janise worked for two years as a Teacher Aide at the Loguidice Center for Erie 2 BOCES, in Fredonia, N.Y. She then joined us in 1988, also as a Teacher Aide, a position she held for nine years. Her nurturing personality provided genuine social and emotional support to our students, who often looked to her as a much-needed maternal figure in their lives.

In 1997, during Principal George Rosenfelder’s tenure, Janise became a Keyboard Specialist and Secretary to the Principal. During these days, she worked side-by-side her dear friend Denise Green. Their depth of friendship made their teamwork unsurpassed.

Janise was always the calm in the middle of any storm. She responded to every request with that smile of hers, serving as a key point of communication during crises, including shelter-in-place or lock-down scenarios, and called 911 for support when needed. This critical role was one we all relied upon for upholding our safety, and we’re forever indebted to her for that.

She also was the starting point for every purchase made for the District. Ever efficient and patient, she coordinated various stages of approval and transmitted countless details to dozens if not hundreds of vendors. It’s no exaggeration to say that she has handled thousands of purchase orders! We are thankful for her service in this role, as the District enjoyed years of positive audits, citing the excellent work which Janise had performed.

She also worked closely with our Board of Education, especially during her service as District Clerk. Janise was always willing to go above and beyond to support them in any way possible.

With a heart full of compassion, Janise coordinated cards for the sick and collections for group gift giving, blessing our students and colleagues during times of need. She also had a habit of unofficially “adopting” students in need of extra love and support. One of her most recent kinships called her, “Grandma.”

Of course, Janise is a grandma, and in retirement, she plans to spend a lot of time with her own “grand babes,” in addition to a lot of cooking and caring for her family.

Last fall, we honored Janise with our Career Achievement Award, commending the outstanding service she shared with us throughout their career. However, many of us felt like that wasn’t nearly enough. Hopefully, this post will offer a better glimpse into what she meant to all of us. While we’re all thrilled for her as she enters retirement — we miss her already, and hope that perhaps this tribute will let her know how grateful we are that she gave so much of herself to Randolph Academy for more than three decades. Congratulations on your retirement, Janise!  We wish you many years of health and happiness – and can’t thank you enough for your dedication, service and loyalty.