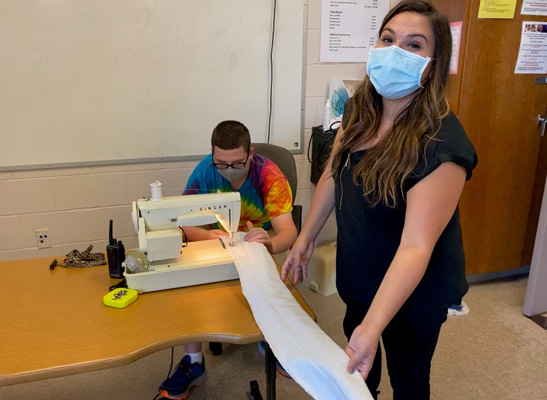 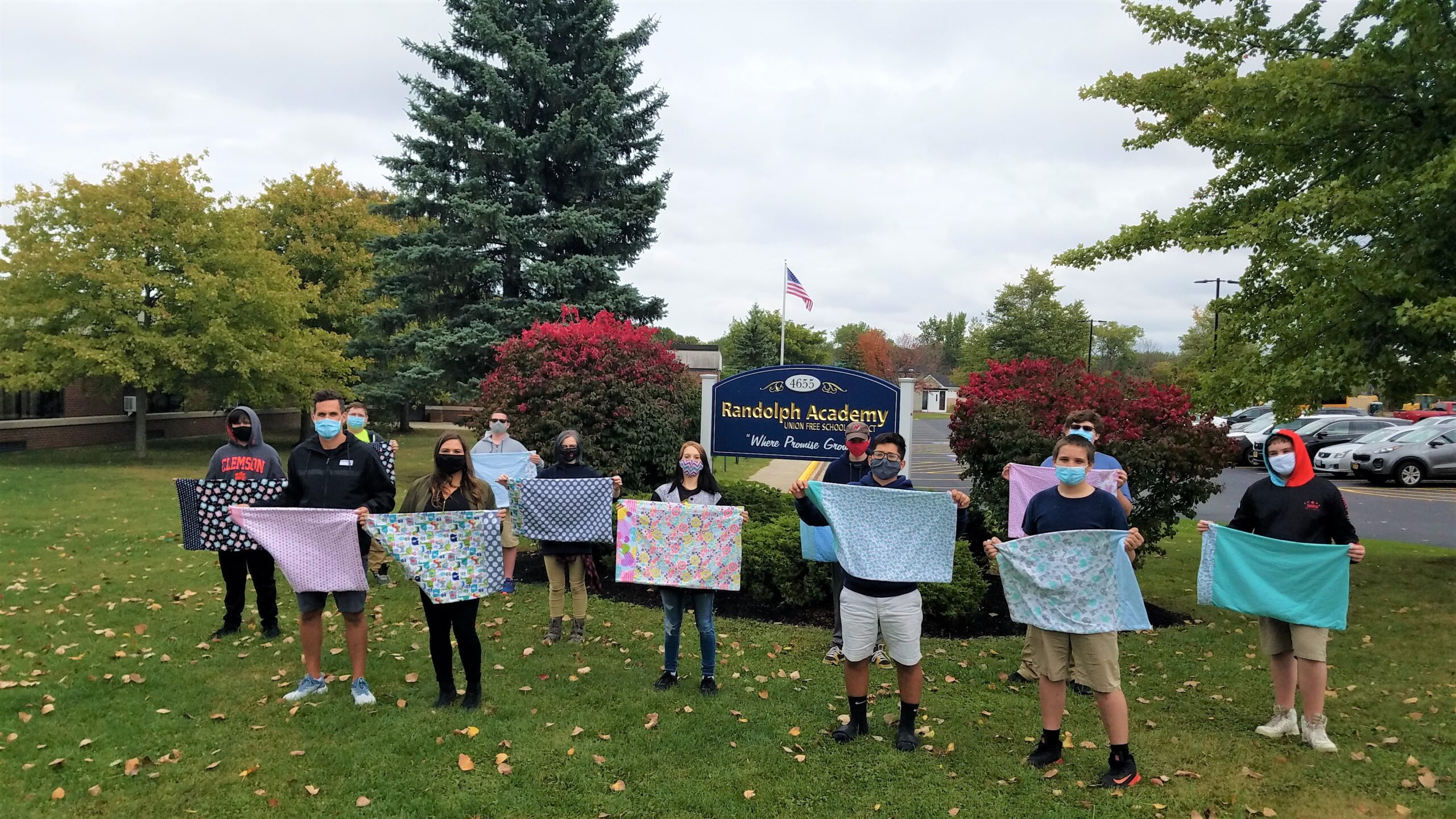 Rebecca and Greg Jaszka spent their first Christmas as parents in Oishei Children’s Hospital last year. Their seven-month-old daughter, Claire, had contracted the RSV virus, resulting in a nerve-wracking, 10-day stay, much of it in the ICU.

“It was hard spending our first Christmas there, but the people at Children’s were just amazing,” says Rebecca. “Every day someone was standing in our door with something to cheer us up: a candy cane, a Build-a-Bear, a visit from Santa. It made a bad situation so much better.”

The impact the staff had on the Jaszkas was so strong, they decided even before they left the hospital that they had to find a way to give back and say thank you. But how?

She quickly showed the machines to her husband, Greg, a Phys Ed teacher at Randolph Academy, and they were inspired.

“We thought, why not get the kids involved?” Greg explains. “Let’s create a service-learning project for our students.”

They decided to make pillow cases, a manageable item for their novice tailors — none of whom had ever used a sewing machine. Pillow cases would be functional for the patients and personal to the learners, allowing them to create designs that meant something to each student.

Today, Claire is 17 months old and fully recovered, and the project she inspired is wrapping up. Twenty students have taken part, not only creating the pillow cases but also leading a donation drive so that this holiday season, Children’s Hospital’s patients can receive some of the same hope and joy that Claire did.

“We’ve got Fisher Price toys, Matchbox cars, Play-Doh… even Slime!” Rebecca reports, along with markers, T-shirts and gift cards for some of the older patients. For the Jaszkas, it’s been heartwarming to lead a project that has “interwoven” their personal and work families — and a great reminder of how “close-knit” Western New York truly is.

Watch their story as told by Heather Ly and WGRZ-TV, Channel 2, here!