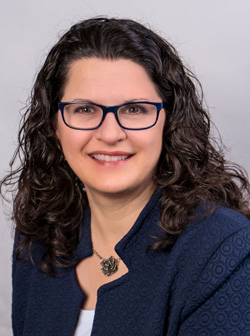 Lori DeCarlo has been named one of Business First’s 2020 Women of Influence. She is the superintendent of the Randolph Academy, a public school which supports, empowers and educates children with various emotional and mental health disabilities from campuses in Randolph and Hamburg, N.Y.

The Women of Influence awards recognize the business acumen and community spirit of the honorees, according to the publication, and represent a variety of industries and regions across Western New York. In all, 25 women were recognized during a virtual awards program on Sept. 15. Mrs. DeCarlo was one of six honorees selected in the Nonprofit Leadership category, and the only one among this year’s class to be based in the Southern Tier.

“The panel chose these women based on their ability to rise above a very talented pool of competitors,” Business First Publisher John Tebeau said. “We’re honored to recognize their accomplishments.”

Superintendent DeCarlo has been in her current role since 2006 and has served the district since 1985. She leads roughly 200 special-needs students, along with dozens of faculty and staff members. The school supports, empowers and educates students from across the state with emotional and mental health disabilities which often develop due to poverty, neglect, abuse or personal loss. The school offers counseling, behavior management, an academic program that generates Regents exam scores for students with disabilities that consistently exceed state averages, and vocational training to give students options for rewarding careers and successful adult lives.

In the process, DeCarlo has become Western New York’s foremost expert in Restorative Justice within the K-12 primary education landscape. Restorative Justice is a sociological model that focuses on building and strengthening relationships and community. Its foundation is an intentional process of regularly engaging students and educators in structured, open communication, called “circles.” These circles are incorporated into daily classroom routines and used to help students talk about events (inside and outside of the classroom) and relationships.

Restorative Justice practitioners believe it is a better way of responding to negative student behaviors. Concerned about the potentially devastating effects of even one out-of-school suspension, along with the school-to-prison pipeline that threatens many at-risk students, DeCarlo poured her passion into researching and developing the Restorative Justice program at Randolph Academy. She not only convinced her board of its merits, she led her faculty and staff through a system-wide transition in 2015, a process that required a true paradigm shift across the district.

When used proactively, Restorative Justice builds relationships, a positive climate and a culture of care. When used responsively after an instance of wrongdoing, it brings those who caused harm together with those who were affected, so that they can understand the impact of their actions, and decide together what can be done to repair that harm.

She also encourages her staff to share their expertise with anyone interested in adding these practices to their classrooms. Together, they’ve designed workshops and learning labs that have drawn dozens of state educators from hundreds of miles away to their campuses. They also travel to other districts in Western New York to help them learn and implement restorative practices in their own cultures.

“Lori’s leadership skills are remarkable and infectious,” said Brad Sande, Randolph Academy’s Board of Education Vice President, who nominated her for the honor. “She leads by example, allowing herself to show flaws and vulnerability to students and colleagues, remaining ever-conscious of her need to always listen, learn and evolve as an educator and an individual. She ensures that students view her as trusting, relatable and approachable.”

DeCarlo also emphasizes the importance of students having a visible presence within the community, so that neighbors and community members don’t see them as dangerous or “bad kids.” They volunteer regularly with organizations like the SPCA, community centers and nursing homes, where they can put their vocational skills in food service and cosmetology to great use for the residents.

“This whole experience has been such a tremendous honor,” said DeCarlo. “It’s a testament to the great work and dedication of our teachers, staff, and board members. It also gives further credence to the wisdom and benefits of restorative practices. When you create an environment of respect and caring, students of every age quickly recognize it as a place they want to be. Punishment-based discipline has the opposite effect. We’re so pleased to see the results that our students have generated to date, and even more thrilled to see other districts contacting us to instill these practices in their communities.”

The Women of Influence Awards are sponsored by Catholic Health and Lake Shore Savings Bank. To view all of this year’s winners, visit this link.